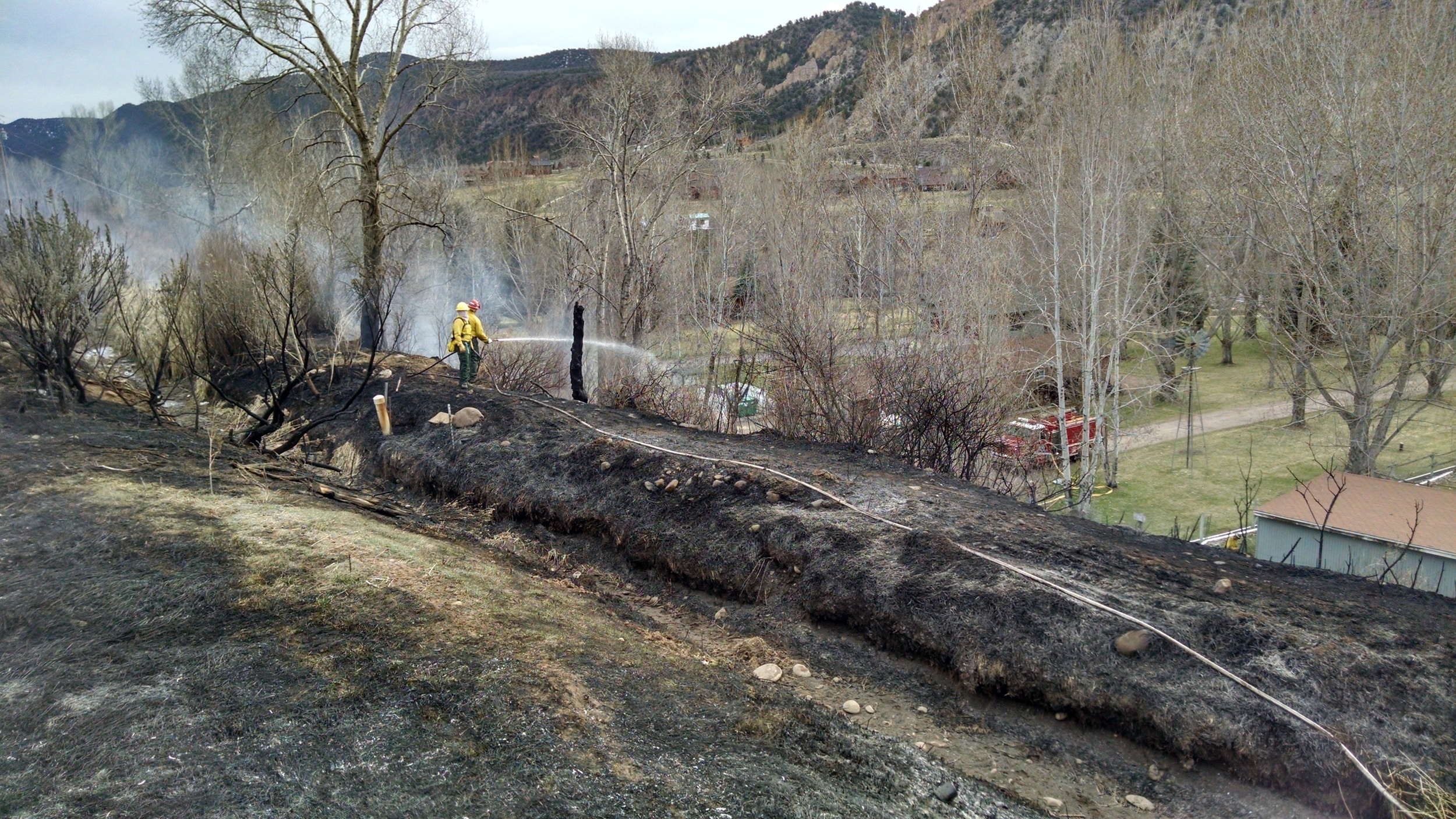 Carbondale, Colo. – Carbondale & Rural Fire Protection District was paged to the Westbank area on Monday, April 4, 2016, at 3:47 p.m. for a report of a brush fire. Crews responded to the hillside near to 0495 County Road 167, Glenwood Springs.

Crews on scene reported a vehicle hit a power pole and a transformer subsequently exploded. The explosion started a 2 acre brush fire, burning in thick brush and cottonwood trees. The area on fire was between County Road 167 and the H Lazy F Mobile Home Park.

No structures were damaged and no injuries were reported. The driver of the vehicle that hit the power pole was not injured.

Deputy Chief Rob Goodwin said, “The fire was on a steep hillside in thick, heavy brush, which made accessing and fighting the fire difficult. Our firefighters, along two firefighters from Glenwood Springs, did a great job of stopping the progress of this fire.” 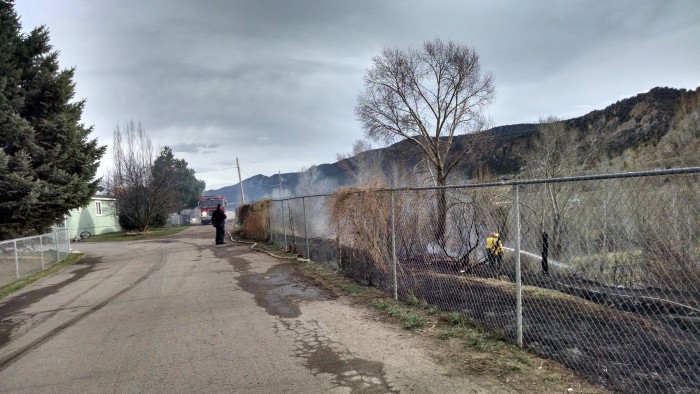 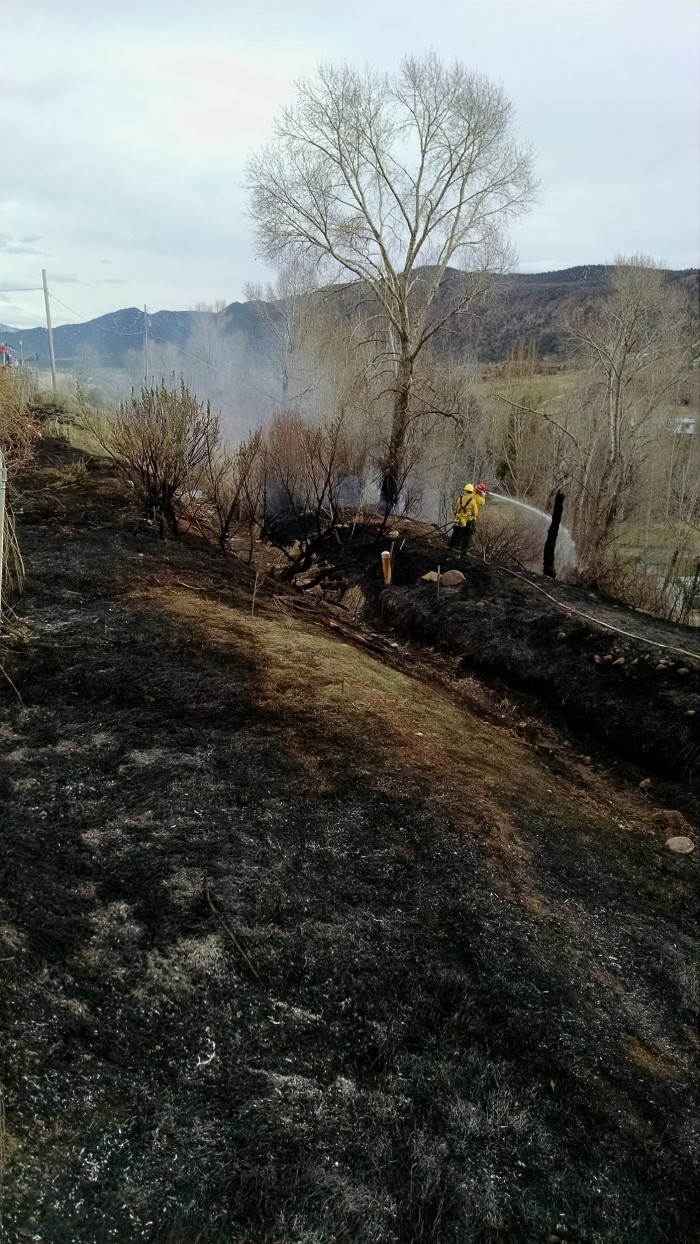 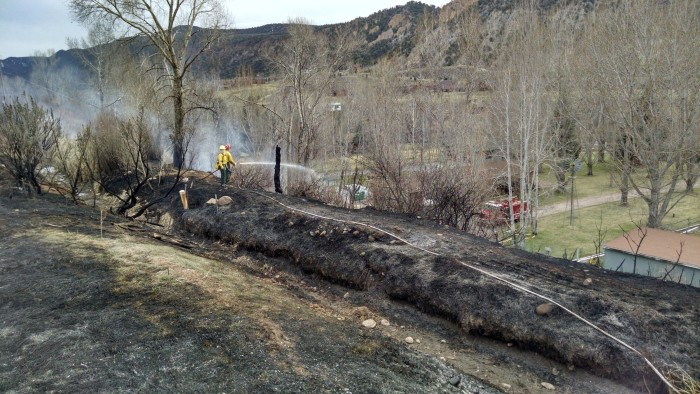