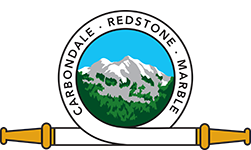 The Sewell Mesa Fire has stayed at 20 acres and is 100% contained. Firefighters are in mop-up mode.  There are no active flames.

A hand crew will continue to work on the fire through tomorrow. At that time, the fire is expected to be out.

This is the last update that will be sent out unless conditions change.

The Sewell Mesa Fire is holding at 20 acres with 65% containment.

Today’s firefighting plan is to completely extinguish the fire and protect Highway 133 from rolling logs and falling rocks. All work is expected to be done with hand crews. A helicopter is not planned for today, but is on standby in case the need arises.

There have been no structures lost and no injuries to firefighters or civilians.  All evacuations have been lifted.

The fire is still reported as 20 acres. The fire is now 25% contained.

Firefighting operations have concluded for the night. An engine and crew, along with a Pitkin County Deputy will be patrolling the area all night.

There have been no injuries or structures lost.

Engines and crews will be returning to work on the fire tomorrow morning. Due to fire operations near the highway, there may be intermittent single lane closures on Highway 133 in the fire area, after 6 a.m.

Campers from the KOA campground can return to the area.

The next press release will be sent after 10 am tomorrow.

Carbondale & Rural Fire Protection District is on scene of a 20 acre wildfire near Sustainable Settings, on Sewell Mesa.

A Single Engine Air Tanker (SEAT) made drop, and has returned to Grand Junction air base to reload and make another drop.  A helicopter is also working on this fire.

The fire is estimated at 10% containment. Currently, no structures are threated and no homes have been lost. Pre-evacuation notices were sent to homes in the Red Dog Road area.

Pitkin County Sheriff’s Department and Carbondale & Rural Fire Protection District are asking all residents in the county to be fire aware due to the high wildfire danger in the area.

Updates will be sent out as they are available.

Mutual aid from local fire departments and a SEAT is in route.

Updates will be released as we have them.