Accident on Highway 82 Sends Five to the Hospital 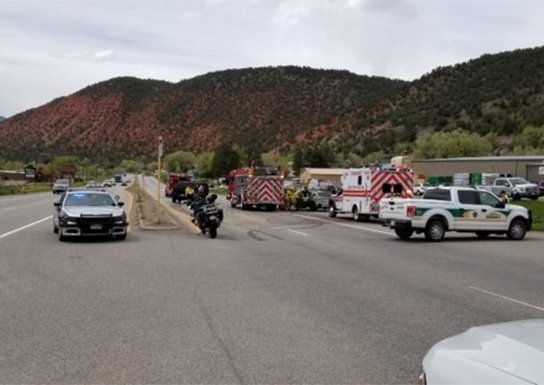 Upon arrival, crews found two vehicles involved in a T-bone accident, with a party trapped in a vehicle. The person had to be extricated from the vehicle.  There were four other patients at the scene. Two patients, including the person who was extricated, have serious injuries and the other three patients have non-life threatening injuries. All five patients were transported to Valley View Hospital.

Westbound Highway 82 is currently closed and traffic is being diverted on the frontage road about ¼ mile East of County Road 114.  Motorists can expect delays in the area.

“This is a major accident on a main thoroughfare,” said Fire Chief Rob Goodwin.  “We are fortunate that there were only two vehicles involved. There is a lot of traffic on the roads this weekend and we want to encourage everyone to drive carefully.”